I made a very specific, rather unusual vow when I married my wife.

Do you know the biblical story of Ruth and Naomi? Ruth was a young foreigner who married an Israelite – a member of a Hebrew tribe. Naomi was her mother-in-law. Ruth’s husband, Naomi’s son, died, and there was famine in the land where they were living. Ruth’s sisters-in-law returned to their homes, where food was plentiful. Ruth refused to abandon her mother-in-law. She said to Naomi, “Where you go, I will go, and there I will stay. Your people shall be my people, and your god shall be my god.”

My wife (SJ) and I see this story as our allegory. We used Ruth’s words as our wedding vows. Your god shall be my god. We never meant conversion to each others’ faiths – we meant something much more subtle and much more difficult (for us). It’s a little hard to put into words, as it was always something we understood emotionally rather than intellectually. But it was a promise. And though we made it in a ceremony that was basically mixed Christian-Jewish, I believe the promise was heard by my Gaelic gods-to-be, and that they said Done.

It’s a very serious promise, and SJ has never wavered in it. When I said one day that I thought maybe I was a Pagan, she said “That’s great,” and took me to Anglesey to see the ancient stone circles. When we were in Ireland and I said that I thought a local goddess was calling me, she helped me find dozens of holy places where I might be able to meditate on what was going on. We’ve had maybe hundreds of conversations about theology and practice where she’s helped me sort through what I believe, how, and why. All this from someone who originally married a Christian. I, on the other hand, haven’t always had the chance to do much to support my end of the marriage vow. SJ is not religious, so it doesn’t come up all that often.

Well. Last week I was in Israel with SJ and family for Pesach – Passover. (I’m not even going to get started, here, on the concept and experience of Israel and my various struggles with it – it’s complex, it’s very personal, and I don’t like discussing it with people. That is not the point of this post.) I’ve been having a really hard time connecting with the land there. I once encountered a river there whose spirit was chatty and beautiful, but for the most part, the land is fairly silent for me. My Celtic/druid approach might just be too alien for those land spirits. This time I brought an offering from the land back here, a local stone that I’d asked Cailleach Bhearra and the local land spirits to bless for me as a gift, and that seemed to help a bit – but it’s always a bit like trying to talk to entities that don’t speak my language – or maybe a better metaphor would be trying to talk in English to creatures that don’t use words. Which is where my plan of trying to contact the Canaanite gods started. I’ve researched the Canaanite Pagan path a fair bit, and I like what I know of the Canaanite deities. Asherah in particular is someone I’ve been aware of for a while, although only vaguely. They are the gods of the land there, as much as the Hebrew god is.

We arrived in a major sandstorm – a hamsin. It took two days to clear. Finally the weather improved to the extent that I could give my offering in the garden. Something, that I interpreted as land spirits, responded positively. It was nice.

And then the next day, which happened to be the day of the Pesach seder meal, I took my prayer beads outside to honour the Canaanite gods of land, sea and sky. And half way through the prayers, which included naming the deities, my own gods spoke up. No.

It happened again, and again. So I turned to my Ogham cards. I’ve been working with Ogham for a few months now, and it’s connecting with me in a way that tarot never has, although I’m very much still learning. I pulled Edad – sometimes associated with the aspen – which I interpret, among other things, as being about taboo. Then I pulled it again. Three times in total, on different occasions. What taboo? That took me a couple of days to work out. But – whether you like this or not – the Jews are monotheistic. Yes, the Bible suggests they may once have been henotheist. Yes, their ancestors may have worshiped the Canaanite gods. Yes, you can argue against monotheism all you like. But I encountered a very specific spiritual and religious taboo there. I could not honour the Canaanite gods on a day where I was later going to sit at the Passover table and eat a meal in honour of the Hebrew god and what he did for his people, who worship only him. When you are being hosted by a specific culture, temporarily honouring the taboos of that culture is respectful – and we’re back to good hospitality. Your god will be my god.

And all at once, it came to me: This is a geis. Other people might refer to it as sacred obligations and taboos, or sacred hospitality. When I explained it to SJ, she said “It’s a covenant” – which, in legal terms, is a fairly good equivalent. If you buy a house with a covenant on it, you might be forbidden from painting a fence, or you might have a obligation to paint the fence every year. And you might not always be fully aware of the obligations and taboos that will come with that covenant, that promise, that commitment. But your obligations stand. And to me, mine are sacred.

The concept of the geis may seem either religiously rigid or an absurdly ancient irrelevance to some modern druids – I don’t know. I just know that these are the kind of things I’m talking about when I say that I prefer the term ‘religious’ to ‘spiritual’. These are the things that keep me connected to my gods, to my community, and to my values. I may change my mind, and find it’s not a geis at all, just a temporary obligation, or an odd feeling that passes, or a bout of indigestion. But somehow, I don’t think so. Regardless, I’ve been exploring the concept all week, and I thought I’d share that here.

And as to how to connect with the land where my wife’s family lives? I’ll keep taking offerings for land spirits, and asking for help from my own land spirits. I’ll work with my ancestors from that part of the world, since my grandfather was Jewish*. And when I asked my gods, again via my Ogham cards, how I should work with the land there, I got answers relating to inspiration and natural beauty. You can’t be in a place where this bird is common as muck (see below) and not connect with something akin to land spirits. In my opinion. :) 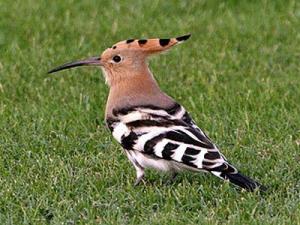 *Yes, there’s some taboo there too, relating to ancestor veneration. But somehow it doesn’t feel like as much as a problem for me, since I explicitly don’t need to convert or follow all the Jewish commandments. But I’ll see how it goes.